The Lancet Psychiatry : Is Sertraline an effective antidepressant?

Sertraline is a common antidepressant in the SSRI (selective serotonin reuptake inhibitor) family.

The drug increases levels of serotonin in the brain so it’s often prescribed to treat depression, anxiety, OCD and PTSD. Despite Sertraline’s popularity, The Lancet Psychiatry have questioned whether it actually works when treating depression as a primary condition.

Written by over 20 contributors, the article is titled;

“The clinical effectiveness of sertraline in primary care and the role of depression severity and duration (PANDA): a pragmatic, double-blind, placebo-controlled randomised trial”

In total, 179 primary care surgeries provided patients for the study, all located within the cities of London, Liverpool, York and Bristol. The patients included in the study were aged between 18-74 and suffered mild-severe depression. To be suitable to take part in the trial, their doctor needed to be unsure whether antidepressants were the right treatment for them.

In total, 653 patients began the trial by being split into two groups. In this case, group one received Sertraline; Group two received a placebo tablet. 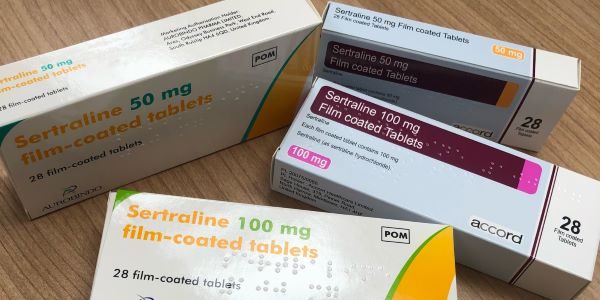 Interestingly, there wasn’t as big a difference between group one and group two when it came to depressive symptoms, like low mood or poor concentration. By the end of the 12 weeks, there was only a 13% difference in the improvements made by patients taking Sertraline and those taking a dummy pill.

“Our findings support the prescription of SSRI antidepressants in a wider group of participants than previously thought, including those with mild to moderate symptoms who do not meet diagnostic criteria for depression or generalised anxiety disorder.”

The improvement in depression symptoms was limited, but the team recognised how Sertraline can impact on overall mental health;

“Sertraline is unlikely to reduce depressive symptoms within 6 weeks in primary care but we observed improvements in anxiety, quality of life, and self-rated mental health, which are likely to be clinically important.”

Overall, Sertraline may not be ‘curing’ depression, but it is aiding improvements in quality of life. By reducing anxiety and helping patients to rate their overall mental health more highly, Sertraline is positively impacting on their overall well being.

We recommend seeing your GP if you’re worried about how effective your antidepressant is. There are various different medications you could try, or your dose could be increased. You might like to consider booking some CBT (cognitive behavioural therapy) sessions to help you cope with your mental health condition. You might also like to try meditation or mindfulness to improve your overall mental well being.

Transcranial Magnetic Stimulation, or TMS for short, treats depression, anxiety, OCD and other mental health conditions. The National Institute of Health and Care Excellence (NICE) approved TMS as a safe and effective treatment for depression in 2015. Since then, we at Smart TMS have treated hundreds of patients. Some of these patients don’t want to try antidepressants, but the majority found medication not to help.

In some cases, the side effects caused by antidepressants were too extreme and the patient chose to stop taking them. In comparison, TMS has few side effects, with around 5% of patients having a headache after treatment. It can also make patients feel tired, because it is giving the brain a work out! Paracetamol or over-the-counter painkillers can be taken if you get a headache and the majority of patients find they sleep well following their sessions.

Consultant Psychiatrist and Medical Director, Dr Leigh Neal, oversees all treatment at Smart TMS. He was certified in the safe use of repetitive Transcranial Magnetic Stimulation at Maastricht University. Areas of expertise include: chronic depression, PTSD and addictions.

“It’s estimated that approximately 4,000,000 people in the UK take anti-depressants, but more and more people appear to be looking at alternatives.

“Here at Smart TMS, we use Transcranial Magnetic Stimulation (TMS) to treat depression. Currently, our statistics show that overall 75% of our patients have significantly improved symptoms of depression. In addition, 60% go into full remission. These improvements are often in patients who are more difficult to treat and have failed to respond to antidepressants.   TMS has been shown to last longer than antidepressants in more resistant patients and to have fewer side effects.”

To learn more about TMS as an alternative to medication, contact a member of the team, who will be happy to talk you through the treatment.

Irish patients may prefer to contact Dublin Clinic direct on: