It’s a non-invasive therapy that uses magnetic pulses to calm the areas of your brain that cause cravings and reset the chemical levels within the brain that had been upset by the use of cocaine. 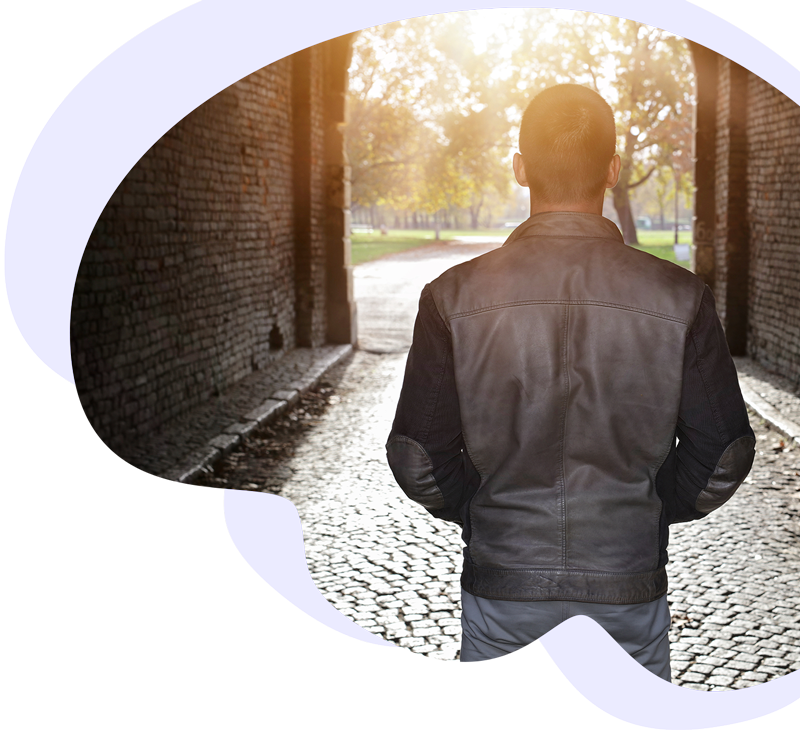 Cocaine in all its forms is a dangerous, illegal drug.

Its powerful highs are extremely addictive, and its effects can cause numerous problems – not just with your mental health, but with your family, relationships, even your job.

TMS can rid you of the unbearable cravings, helping you get your life back.

Cocaine is a highly addictive drug, which can quickly turn occasional use into an addiction. Your body will crave the short but intense high that cocaine gives and will need more and more of the drug to experience the same effect.

As with all drugs, cocaine affects everyone differently. Some people might appear more confident, more animated in their movements and talk much more and much faster. Others may become angry, agitated and arrogant. Although the high of cocaine is likely to make you feel elated and on top of the world, the comedown makes you feel run-down, exhausted, paranoid and anxious, especially with repeated use.

You may notice a change in your loved ones moods and wonder why they're acting differently. You might even notice the signs of addiction in yourself but feel as though you could stop at any time, if you really wanted to. This isn't always the case. Signs of cocaine addiction may include:

• Finding that you need more and more of the drug to feel the same high you first experienced
• Agitation or restlessness when not using the drug
• Thinking a lot about the drug when you should be concentrating on something else
• Putting cocaine before friends, family and work commitments
• Feeling unable to stop taking the drug, even though you know how harmful it is

You might feel as though you're alone in fighting your addiction, but Smart TMS can give you the support you need to win the battle.

Addiction is complex disease of the body as well as the brain and withdrawals can be intense, although not life threatening. The difficult withdrawal is usually the reason for most patience to relapse after a short time. The relapse for cocaine addiction are around 75%.

You won’t need to take alternative drugs (as you may need to when withdrawing from heroin), but there has been no FDA (Food and Drug Administration in the USA) nor NICE (National Institute for Health and Care Excellence in the UK) approval for treatment. A number of medications, including Risperidone (antipsychotic medication), Topiramate (an anticonvulsant), Disulfiram (used to treat alcoholism) and Modanifil (a stimulant used to treat narcolepsy) have been trialed but none have been established as effective and have their own side effects.

Psychological therapies, like cognitive behavioural therapy (CBT) and contingency management (rewarding patients who remain substance free), can be used in combination. They are likely to be needed for a minimum of 6 months to make any impact, however.

You know you need to stop, but we know how hard it is

Unlike heroin, there’s no substitute medication to treat cocaine addiction.

Although the withdrawal symptoms are difficult to live with, the craving is often the most difficult part of stopping using cocaine.

Breaking the habit is tough and it’s likely that this is the reason that many methods of giving up cocaine, from psychotherapy to rehab, prove unsuccessful.

TMS could be the answer

How does TMS treatment work for cocaine addiction?

TMS helps reduce the craving for cocaine, with the majority of patients scoring their craving as 0/10 by the end of their treatment course.

TMS treatment for cocaine addiction is prescribed as one course of treatment, containing 15 sessions, which target the area of the brain that causes the urges associated with addiction. These sessions must be booked once per day (Monday to Friday) for three weeks.

Research has shown Transcranial Magnetic Stimulation to be a safe and effective way to tackle cocaine addiction.

With no anaesthetic, no medication, no need for hospitalisation and no recovery time, this non-invasive treatment uses a repetitive magnetic pulse to stimulate the parts of the brain that cause cocaine cravings and dependence.

We use the same treatment programmes as psychiatrist and toxicologist Dr Luigi Gallimberti, as seen in the National Geographic and keep up to date with all new research.

Overcoming addiction is no easy task and you’re likely to enter into situations which may remind you of cocaine occasionally. Our aftercare packages are designed to help you stay in remission, despite the temptation. We would also recommend counselling or a drug rehabilitation service, like Narcotics Anonymous.

Patients going into remission from their cocaine addiction with Smart TMS can benefit from the following aftercare treatment:

TMS works by reducing the craving for cocaine. As a large majority of addicts relapse as a result of the unbearable cravings they experience when going cold turkey, rTMS can enable addicts to go into complete remission.

According to our most recent audit (December '19), 8 in 10 patients saw their cravings drop to a self scored 0/10. Other addiction treatments are showing similar success rates.

Yes, Continuous Care is particularly successful at supporting patients in staying in remission from their cravings. Please follow the link for further details: Continuous Care

The cost of treatment will depend on the addiction being treated as this determines how many sessions are required. For more information on pricing, please see: TMS Treatment Pricing

Cocaine addiction is treatable, and Smart TMS can help.

Most people are suitable to receive TMS treatment. To help you find out more, our practitioners offer pre-arranged clinic visits to answer any questions you have and show you the TMS machine. If you would like to arrange a clinic visit, call the team:

For more information on TMS treatment