BBC Stories | Cure my OCD: ‘I thought I’d killed someone’

OCD – ‘I thought I’d killed someone’

Connor, a 27 year old Liverpudlian, suffers from obsessive compulsive disorder. The BBC spent time with Connor, his mum Alison and brother Cameron to find out more about how OCD rules his life on a daily basis. Could Smart TMS be the answer? The BBC were keen to find out. 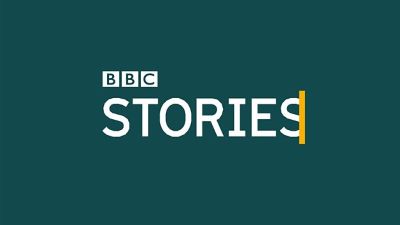 OCD – or obsessive compulsive disorder – is an anxiety disorder. It causes the sufferer to have repetitive unwanted thoughts (or obsessions) along with an urge to repeat an action – either physical or mental – to temporarily relieve the unwanted feelings caused by the obsession. Around 12 in every 1,000 people in the UK have diagnosed OCD. The stats available from the NHS and OCD charities don’t include those suffering in silence, so the true figure could be much higher.

How is OCD usually treated?

According to Smart TMS Medical Director, Dr Leigh Neal, around 50% of patient respond to one or a mixture of the above treatments. But what about those who don’t respond to medication nor psychological therapies?

Transcranial Magnetic Stimulation, or TMS for short, sees around 40% of those who haven’t seen any improvements from medication or therapy go into remission. During her interview with the BBC, Smart TMS Lead Practitioner, Aisha Osman, explained:

“TMS is a non-invasive procedure where magnets are stimulating nerve cells in the brain, which can either inhibit or exhibit neural activity.

So, because of the overthinking and intrusive thoughts OCD patients experience, the TMS machine dampens down those thoughts and feelings. It inhibits and decreases the overactive communication between the neurons in that area of the brain.”

It goes without saying that Connor has faced struggles that many of us could only imagine. However, an estimated 800,000 people in the UK live with OCD, so he is not alone in his fight to live the life he craves. Connor says:

“I’m not really living a life, I’d rather be asleep.

It’ll mean the world to me if it works. I’ll be able to travel the world, work full time, make my own money, get my own place and maybe be able to get a girlfriend again.”

The next steps for Connor are ones of hope.  He will be visiting Smart TMS : Manchester to receive TMS treatment and will be keeping us updated every step of the way.

OCD can impact every aspect of your life, but treatment is available and Smart TMS can help.

For any queries or for patients wishing to book an appointment at one of our clinics, please contact us: