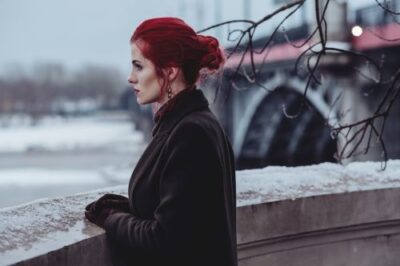 How is loss to suicide different to other grief?

A bereavement due to the suicide of a loved one can cause a complex range of emotions and additional struggles in trying to resolve the grief.

Survivors of Bereavement by Suicide explain some of the aspects which make a loss by suicide different to other bereavements. These factors include;

A death by suicide is typically sudden, unexpected and sometimes violent, which increase the level of shock and trauma experienced.

There are a range of complex emotions that can be experienced when someone is lost to suicide, including: guilt, anger, shame, confusion, and rejection. Survivors are left with unanswered questions, such as ‘why did they take their life?’

A recent review stated that several studies indicate that survivors experience heightened feelings of rejection or abandonment by the loved one, along with anger towards the deceased (‘How could they do this to me?’) and survivors show higher levels of feelings of guilt, blame, and responsibility for the death than other mourners (‘Why didn’t I prevent it?’). Survivors often blame themselves for not anticipating and preventing the suicide.

People who lose a loved one to suicide can begin to suffer from PTSD (post-traumatic stress disorder) symptoms – they could have flashbacks and nightmares where they re-live the circumstances of the death.

Bereavement by suicide is a specific risk factor for suicide attempt among young, bereaved adults, highlighting the need for the provision of support.

People are often uncertain of how to react to someone who has suffered a bereavement by suicide, which can lead to avoidance and isolation. There is a stigma surrounding suicide which may prevent people offering support and could also prevent those experiencing the loss from reaching out for help when they need it.

Suicides are investigated and inquests are held in a public court of law which anyone can attend – in certain circumstances reports will be made which remain on publicly accessible databases. This lack of privacy can be unnerving. The process can also be quite lengthy, which prolongs a stressful and upsetting situation.

What help is available for people who have been bereaved by suicide?

SOBS are an organisation who offer support to those aged over 18 who have been affected by suicide. They provide a safe place to share experiences and offer; peer led support groups, online virtual support groups, a national telephone helpline, online community forum and email support. They also offer bereaveMENt, which is a peer support group specifically for men to discuss their loss to suicide.

Cruse offer a helpline and CruseChat, where grief counsellors are available to chat to for free on weekdays between 9am and 9pm.

Samaritans run a support group alongside Cruse Bereavement Support – these are 90 minutes and take place over six consecutive weeks. They create an environment of understanding, safety, coping and respect. You can register interest for Facing the Future support groups here.

As suicides will be investigated by a Coroner, this service provides emotional support and practical help to families going through the process of an inquest. Their vision is to set up the Service in all of the Coroners’ Courts within England and Wales to ensure bereaved families, witnesses and others have access to the Service wherever they attend an Inquest.

This charity aims to start a conversation about suicide related grief. They offer a counselling service, helpline, resources and the option to chat with a bereavement counsellor via GriefChat.

Their aim is to ensure that every bereaved person in the UK can find appropriate bereavement support when they need it. Although this website is not solely for suicide loss, its purpose is to signpost bereaved people to ensure they and those supporting them find information and services appropriate to their loss.